Behind the scenes of Friday morning video announcements 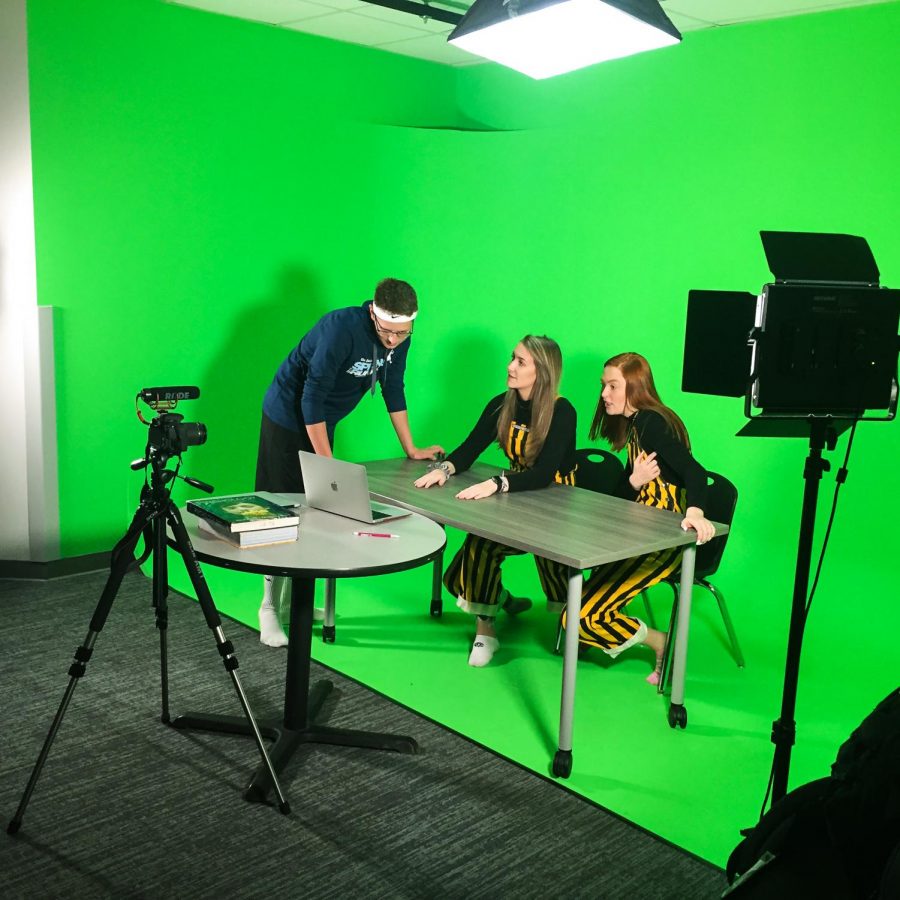 KYOT is the new, weekly broadcast shown in classes and on Instagram every Friday. The Monarch community has grown a true fondness for the KYOT broadcast. Although the broadcast is only five minutes long, Producer Wyatt Liles ‘20 says there’s a significant amount of work that goes into producing the broadcast.

“First you start with brainstorming, figuring out what we want to do in that broadcast,” he said. “From there, we schedule interviews and decide where we’re going in that story. Then we have to get the footage we need. We put in all together in individual segments. On the side, we film our anchors and head boy and girl,  and we mash it all together.”

Every week in the Hub, two teams scramble to get their stories completed. Both work hard to complete a fun story, a news story, and a feature story. The producers film Head Girl Ashlyn Maes ‘20 and Head Boy Ty Brache ‘20 for their weekly segments along with the anchors transitioning from story to story.

Two sets of anchors alternate each week. Caron Benesh ‘20 loves her role as an anchor. She’s teamed up with a close friend, Jordan Jensen ‘20. She adores being on the team and being a part of KYOT.

It’s not just the broadcast team that enjoys KYOT. Many students and staff at Monarch have come to love the new change from the overhead announcements. They say it’s quite a difference from the typical zoning out that happens during the first few minutes of second period.

“I think it’s really funny. Especially the parts with the teachers they put in. It’s [KYOT] is something different throughout the day,” Catherine Lee ‘22 said.

Although KYOT has gone leaps and bounds since the first broadcast was released, there’s still room for improvement. For many students, KYOT is only getting better and Monarch is excited to see where it’s headed. Greg Bell ‘21 finds KYOT as the new inventive announcements.

“It’s an interesting, new concept for the announcements. It’s improved since the beginning, but still has a ways to go. I’m really excited to see where it’s going,” said Greg.