The Howler Predicts Exactly What Will Happen in 2014 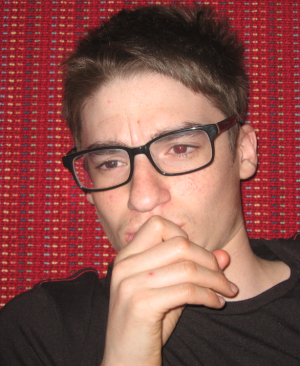 Deciding to join almost every other news organization in the country, The Monarch Howler has decided to speculate about things they know nothing about, and even though 2014 hasn’t even started yet, we decided to predict the ten most notable events that will happen next year.

1. Apple will release the Iphone 6 and 6S. Both will not only be bigger, but be actual stone tablets carved out of the sides of mountains with optional battery packs (smaller stone tablets). The phone will be priced at $1500 and will sell over 40 million units within a week. Meanwhile, the new Android operating system will be an actual robot that fulfils your every wish, with the priciest phones retailing at only $79.95. They still won’t sell, though, as the phones will require people to use Google Plus.

2. Humans will finally come into contact with intelligent life, but since Secretary of State John Kerry procrastinates, he will be unable to learn their language, “Marklar”, properly, and will accidentally make several derogatory remarks, causing an epic battle between the aliens and humans. Luckily, Ender Wiggin will heroicly save the day.

3. Apparently not getting the message, Rebecca Black comes out with a new rap song “Sunday”, involving only twerking and auto-tune. In response, citizens will begin to check into hospitals all over the country with PTSD, Post Traumatic Sound Disorder.

4. In a fit of rage, President Obama will not only literally turn green, but also grow in size to 50 feet tall. He will then take Speaker of the House John Boehner and climb to the top of the Empire State Building, using him as a bargaining chip in order to actually pass legislation.

5. Swag, Yolo, Gucci, and many other terms will be combined into an unofficial slang language consisting of less than 100 words. Canada will promptly make this language their official language in an attempt to be as cool as the United States.

6. To please voters before the 2014 election, Republicans will decide to give Obama the silent treatment and to beat him up in the parking lot every day at 3:00 ‘o clock. Still deemed not extreme enough, a new party is created, which plans to replace food stamps with “an informative pamphlet on dumpster diving”.

7. School funding is cut even more to the point where every school has one class, led by an old man who says he will teach for free if he can test the children for Alien mind-reading.

8. While in a mid-life crisis, all of America decides to start wearing backwards hats and start using the word ‘hip’, which they promptly break skateboarding down ‘Death mountain’.

9. Hipsters start listening to a new band that you probably ‘aren’t cool enough to have heard of’.