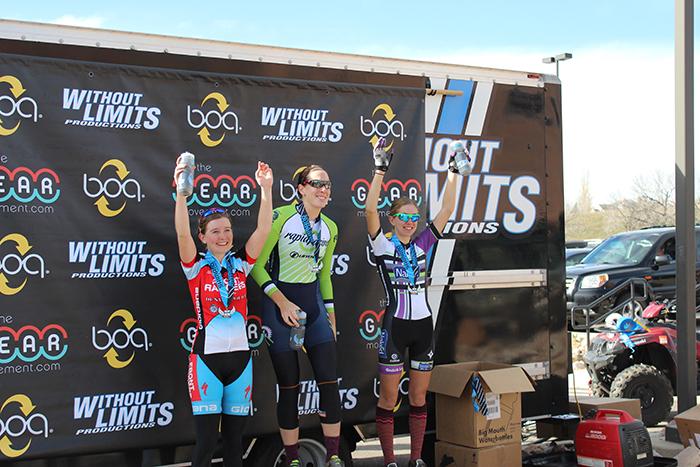 Wind ravaged across Louisville, blowing up sand the last few remaining leaves off the tree. Even though gusts reached over 20 miles per hour, the wind was not able to stop the competitors in Saturday’s Cyclo X race. A large number of both competitors and spectators showed up at the Louisville Rec Center to watch the cyclocross, creating an air of festivity. Everywhere people were riding bikes, warming up, trying some of the samples of food, registering for their race, or cheering each other on.

The Cyclo X race was the sixth race in an eight race series which builds a cumulative score depending on the place received in each race. Jenny Lucke, a sophomore and Monarch student, was fortunate enough to receive second place in her race.

“It was really fun, I just didn’t’ like the wind. The wind kind of ruined it but, other than that, it was tough but fun,” Lucke said after receiving her medal.

In order to do well in a cyclocross race, the participant must be strong in more than just cycling Lucke explained. At one point, everyone had to hop off of their bikes, lift their bikes over a barrier and proceed to run up a hill while still carrying their bikes. This was not the only obstacle on the course either; there was also a sand pit, grass, and fast sections of cement. The course was a loop that weaved down a steep hill, through the arboretum, and back up and around. Racers did the loop in different amounts of times, depending on which race they were in.