Students to participate in Day of Silence 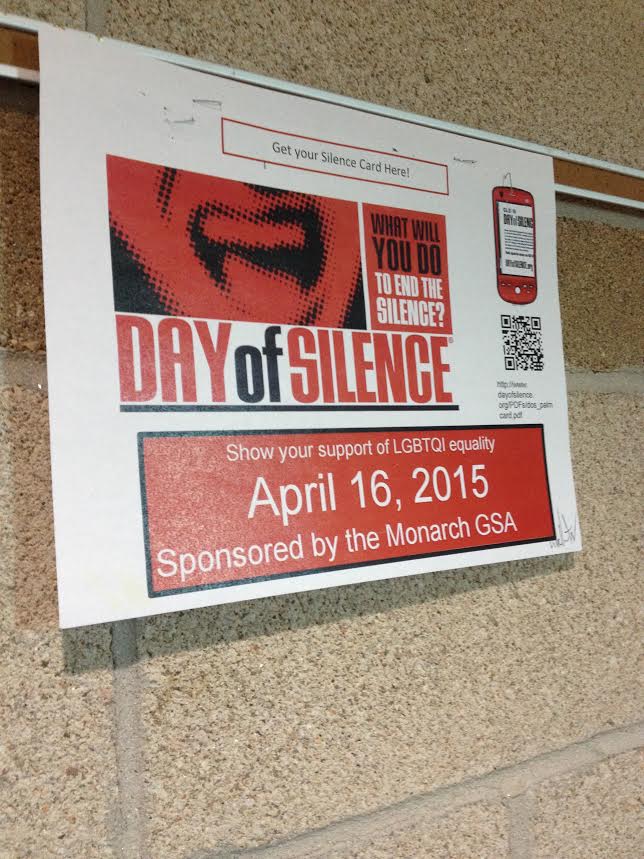 One of the signs throughout the hall way that advertises the Day of Silence on April 16th.

On April 17th, a predicted hundreds of thousands of students worldwide will come to together and make a vow of silence in protest of the bullying that occurs every year against LGBT students and their supporters.  Monarch’s Gay Straight Alliance (GSA) is organizing a protest here so that our own students also have a platform to stand up for those whose voices’ have been silenced by harassment and bullying.  The Gay, Lesbian & Straight Education Network (GSLEN), the organization responsible for starting the Day of Silence has a few pointers in the legality regarding students rights while participating:

-You have every right to be silent during non-instructional times, such as lunch, passing periods, before and after school, and off-periods.

-Talk to your teachers beforehand to explain the goal of your protest and ask if you can communicate via writing for the day.

-Partake in a “Lunch of Silence”

So this Friday, the student body has the opportunity to silence bullying.   Monarch’s GSA invites all students to stand in “silent solidarity” with those who have been affected by bullying due to their sexual orientation.