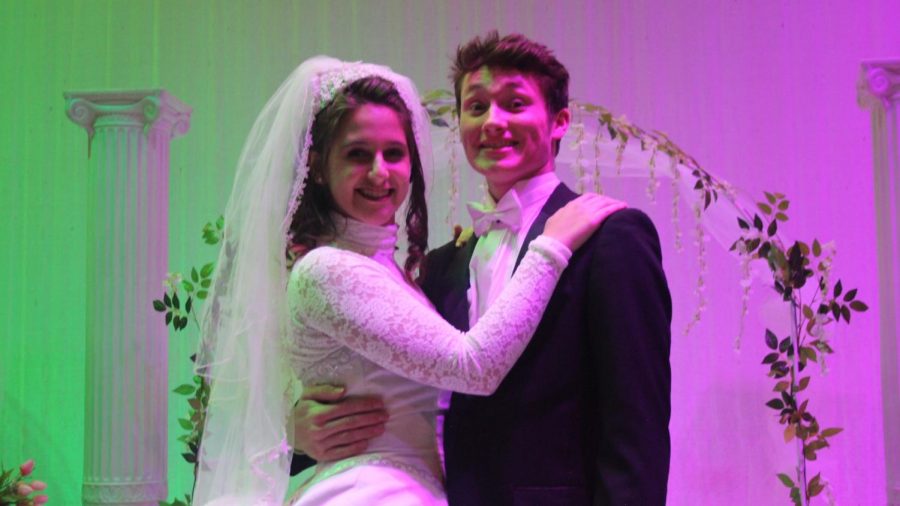 While sometimes school plays are overlooked next to the hustle and bustle of Monarch, Tony n’ Tina’s Wedding deserves attention. The ambitious interactive play will be presented on Nov. 8, 9, and 10 at 7:00 P.M., and is certainly going to be one for the books.

According to Jodeyah Mills ‘19, who plays Father Mark, the play will “be like nothing you’ve ever seen” and the audience will “feel Italian pride they didn’t even know they had,” he said.

The play itself tells the story of two newlyweds, their rowdy families, and the sometimes hilarious complications that can come from having an Italian family.

The play spans the course of the wedding itself and the reception afterward. “The audience will see some things [they] never expected to see in a high school musical,” Tom Warkins ‘21 said, the actor playing Dominick Fabrizze.

The improvisational nature of the play means that every night will be a completely different performance. The characters are ready to get up close and personal with the audience, breaking the fourth wall and doing it well. Their versions of the comedic, dysfunctional cast are attention-grabbing and hilarious.

Behind the scenes, the tremendous amount of effort that goes into making this production is evident.

Sarah Gilpin, the play’s stage manager, was kept very busy with costume preparation and keeping the many members of the cast and crew in line. “I love being in charge and having fun with the cast,” she said. “Even though sometimes the cast drives me crazy.”

The atmosphere of rehearsal was fun and friendly, though there was an element of stress from the scale of the production. Every member, whether they were tech, an actor, or a manager, was rushing about trying to get the play ready.

“I’m really proud of the cast’s ability to adapt to the improvisational nature of the show,” said Ms. Gwendolyn Lukas-Doctor, Monarch’s theater teacher.

Overall, the hilarious cast, dedicated crew, and hard work they’ve done combine to make a play that’s shaping up to look incredible. Check it out, and you’re sure to enjoy it.