The problem past the ink 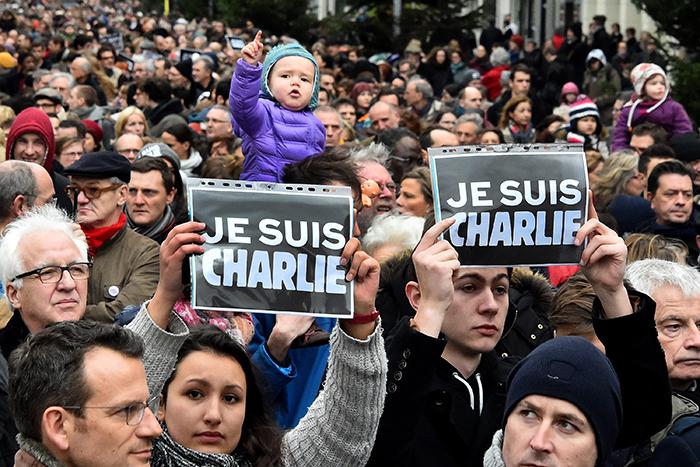 A new year is about a month in the making, and the metaphorical poop has met the fan blades. You may sit there and say “Well it can’t be all that bad! I’m actually going to the gym!”, but I am sorry to inform you the issues of 2014 and from the past decade and a half are still very much prevalent. We still have to deal with the issues of racism and conflicts of human society.

No, non-whites aren’t slaves or having our rights stripped away, but it is still an issue. Profiling is still a massive part of society, it goes back at the start of this country, trudges through Selma, and still continues to rear its ugly head, even in today’s modernized world. Last year we saw the rise of Ferguson and the die-ins for Eric Garner and people began to care about race again. We (as humans) have dealt with many of these types of stories over the years– cops racially profiling, civilians voicing racial slurs– but this time it’s different. Blacks, whites, and everything in between, people who give a damn about morals and stand up for what they believe, are doing something. But slavery wasn’t abolished overnight, it started a war.

“That’s last year’s news,” you may say, but one look shows what is actually happening. We need only to look back to the start of the month. Charlie Hebdo, a French satirical magazine, was attacked by gunmen, killing twelve of the staff. Why? They drew a depiction of the Islamic prophet Muhammad kissing another man. This wasn’t the first drawing. It offends the majority of Islam, but it truly angered an extremist few who decide to arm themselves and storm the cartoonists’ office. This is a horrific act of violence, but it bleeds through the paper. A police officer is shot dead outside the building. A Muslim officer. Hostages are held at a Kosher market and at a warehouse.

Don’t get me wrong, I am not downplaying these incidents. If anything they should be blown up until people care about this as much as they care about the next One Direction album. But there is something that we ignore. In Europe, people have been attacking Mosques in a twisted form of retaliation. There have been attacks in Berlin, 26 mosques have been hit in France. For some strange reason the attacking is how society administers payback. We fight back against the murders of innocent people by… attacking other innocent people? This, in and of itself it a horrible thing, but one can’t help but notice that this reaction is, at least subconsciously, racially charged. If these men were a bunch of Christian white dudes who attacked Charlie Hebdo, we wouldn’t Molotov a chapel, would we? Of course not. Why do the actions of a few people automatically fault the race or the religion?

I suppose I sound like every other person of color, pushing for equality and to be held in the same esteem as our white counterparts, but should I really have to do that? We are all people, aren’t we? Shouldn’t every single person, regardless of how they look or what they believe be guaranteed the right to live peacefully and be accepted by the rest of society? Well, we’re getting there. So, for a moment we raise our hands, we cannot breathe and nous sommes Charlie, at least for a a little while.