Nevada alt-poppers return to their roots 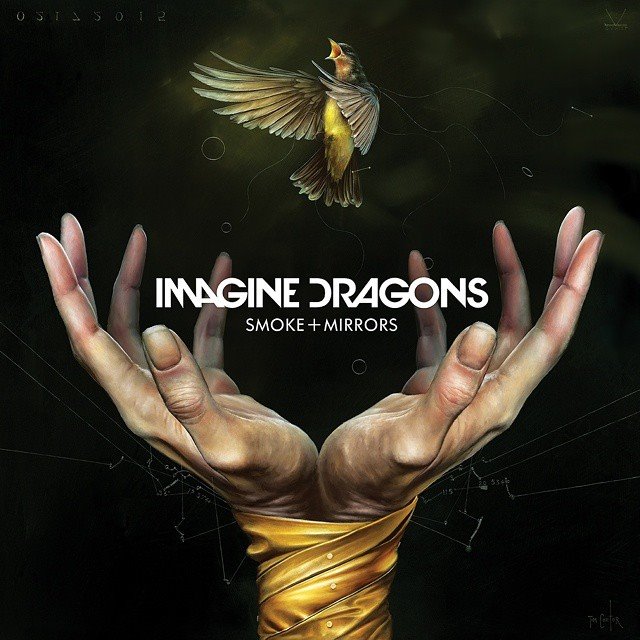 Imagine Dragons is back with another Alternative Pop extravaganza, well kinda more like Indie Pop. After their breakout with 2012’s Night Visions, 2015 marks the triumphant release of Smoke + Mirrors. While their first album was cohesive and seemed to have a planned path, Smoke + Mirrors is anything but organized. Dan Reynold’s voice growls over everything from feel good indie to country rock of Nickelback proportions. This has by far been one of the most confusing albums of theirs that I’ve listened to.

The album sings out with the bouncy tune of “Shots” and drives straight into the percussive, Latin-infused standout “Gold”. The title track is a somber tale with a violent intrusion that appears periodically through the lull. Then the album turns into something that seems tuned for a Texan rodeo, or anything Texan in general, with “I’m So Sorry”. Strap on your boots cowboy, even Reynold’s voice resemble that of country stars. Abrupt transitions such as the one between “I Bet My Life” and “Polaroid” are everywhere. The melodies shift from something uplifting to mellow pretty much immediately. This album draws inspiration from a variety of different sources, even the likes of South Asia, in “Friction”. “Polaroid” sounds extraordinarily like the anthem from the 2010 FIFA World Cup “One Day” by Matisyahu, especially down to the phrase ‘All my life I’ve been’. Music that almost sounds like John Mayer seems to be the force behind “It Comes Back To You” in an emotional puller. The feels keep coming in the Adele-esque piano driven ballad “Dream” complemented by Reynold’s falsetto.

Most of what is heard would easily suit being the soundtrack to some move or another. “Trouble” finds home in the trumpeting (literally) sounds of wild west of Silverado, or maybe a parade. The album relies heavily on ripping guitar solos and driving drum beats to create intensity. The Dragons also employ the use of distorted screams which are prevalent in “I Bet My Life”. However, listening to this makes me feel like there is something missing. While they still use the multi-layered approach to making music, I still feel slightly underwhelmed.

The album excels at avoiding being bland. Every song on the list has it’s own personal identity. However, this causes one to listen to a mess of sounds. If someone decided to put Imagine Dragons in charge of creating mix of music from the past decade and a half, it would probably sound something like Smoke + Mirrors. Yes, maybe it’s disjointed and a bit preachy, but Imagine Dragons have been able to prove that they are more than just a one album wonder. Maybe they wouldn’t win the hearts of those who enjoyed the pop feel of Night Visions, but they have solidified their spot in the world of Indie.