Body shaming infects the self confidence of all women 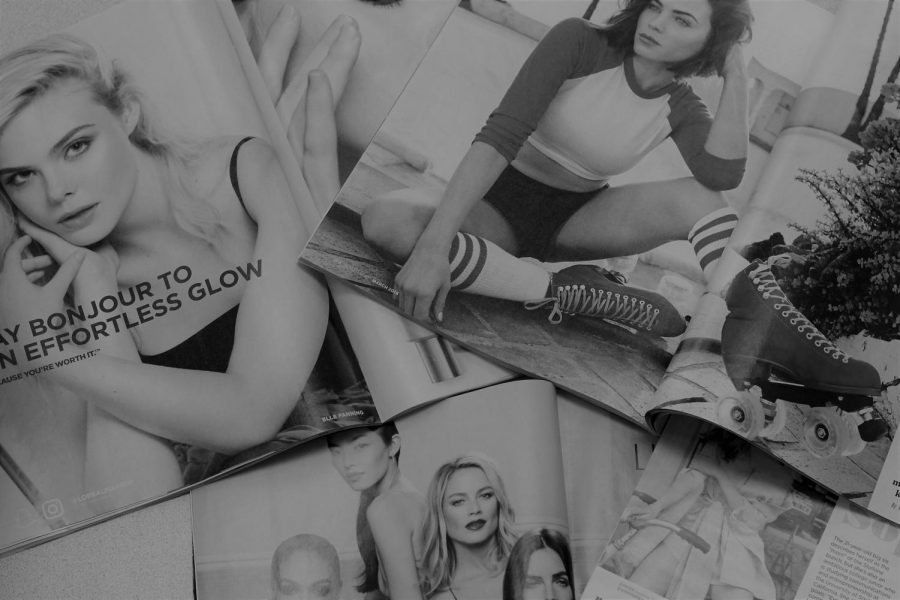 More than half of women ages 18 to 40 are unhappy with their body according to a study done by The New York Times. The author states that 80 percent of women in the whole world have said that “looking in a mirror makes them feel bad about themselves.” Whether this is caused by expectations from ourselves or society, it still does not make it okay.

There is way too much pressure on women to have the perfect body. Opinions, rude comments, and sexual harassment issues are sitting on the tops of our shoulders crushing us into a million pieces of “not good enough.”

Because nothing is ever ‘good enough’ for them.

‘Them’ is referring to all the commenters. Throwing out insensitive remarks like, “hey fatass,” or “those clothes were made for skinny girls,” or “buy some face wash.”

Because ‘them’ is the issue.

But, you see, ‘them’ is a team. A team of publishers, millionaires, and criminals. The crime being the theft of our self confidence. They make the magazines we read everyday and billboards we look at on our way to work. The ones with the ‘perfect women’ on them.

Yeah, the ones that make you say, “Well, maybe if I had her body, I might be pretty.”

But the bodies we’re wishing we had don’t even exist. They are twisted and cropped to fool us into thinking that being tan and having perfectly toned abs is ‘all natural.’

In a story told by The Body is Not an Apology, Gillian Brown is a woman just like the rest of us. But growing up, she was always known as ‘the fat girl.’ It rolled off her shoulder when she was little, but after a while, that shoulder got a little tired.

Our shoulders are getting tired.

Once high school came, she became friends with ‘pretty’ girls who would use her as a token, an ‘at least I’m not that bad.’ They used her like she was disposable. She started to develop depression and even suicidal thoughts.

Time was ticking before those thoughts became actions, and those actions became consequences.

But what if her story became someone else’s motivation? According to UNICEF, there are 125 baby girls born each minute. 125 baby girls that are going to have to grow up in a society that praises thigh gaps and small waists. And, speaking from experience, it sucks.

So why don’t we change that?

We can change it so that those 125 baby girls grow up and are taught about body positivity instead of negativity. So they are taught that the outside doesn’t always reflect what’s on the inside, and the importance of believing in self-beauty.

Why leave the changing to the next generation when it can begin right now?

Because I’m tired of people pointing out insecurities in themselves and in one another.

I’m tired of thinking that I am never good enough.

When I was little I used to ask my dad what the stretch marks on my mom’s stomach were. He told me they were little ribbons and bows from the gift of life my mom gave to me and my siblings. And I believed him.

I believed him until the day society told me they were a flaw.

Society used those stretch marks as runways for their little planes that flew only to shoot us down.

But what we need is to be lifted up.