OPINION: Why you don’t need alcohol to be happy

Monarch's party lifestyle should not be disregarded 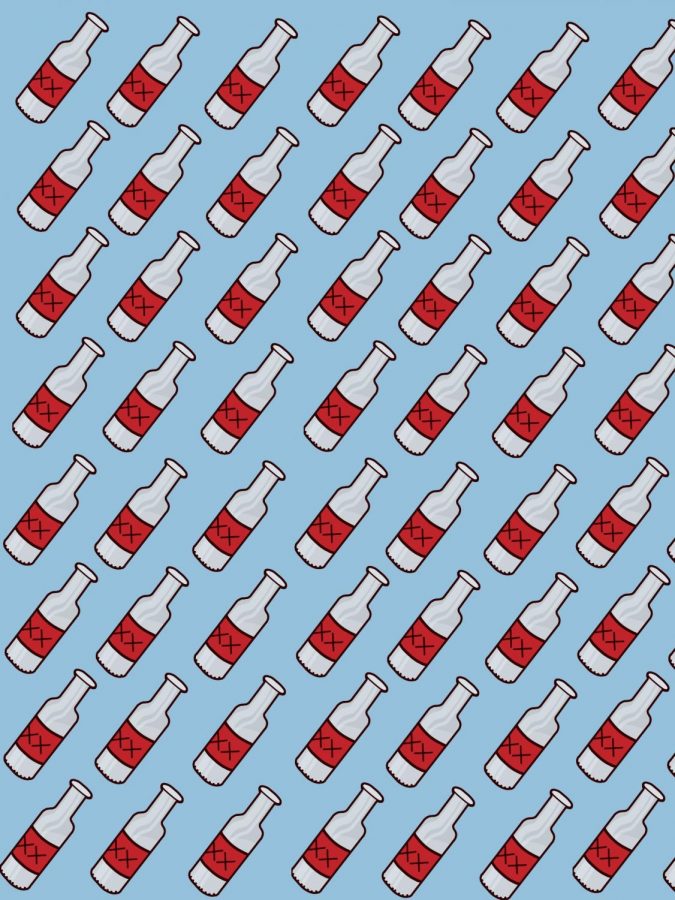 The speaker blasts music from the corner, shaking the floor as people jump and sing along. Drunken smiles beam from people’s faces as the alcohol flows. As you pass through the crowd, you see a sea of familiar faces, with just enough new ones to make it exciting. It’s a celebration of making it through the week. At the end of the night, everyone leaves with a smile on their face and a mess to clean up in the morning. It’s a high school party on a Friday night.

She drives home. Her head is muddled, but her parents will get home soon and she needs to get there first. The car drifts towards a pole as she loses focus and she swerves, narrowly missing it. It’s the morning after a high school party on a Friday night.

Depending on what circle you run in, using the word epidemic for alcohol use in high school might seem apt or completely over the top. So, to make things clearer, here are the stats. Thirty percent of people 12 to 21 had some alcohol within the last 30 days, and 14% of students 12 to 21 binge drank (5+ drinks for a man in two hours, 4+ for a woman in two hours) in the last month, according to the Youth Risk Behavior Survey.

An epidemic is defined as an infectious disease. Drinking alcohol isn’t, at least in a medical sense, contagious; it can’t be “caught” through a cough or a sneeze. However, who you spend time with is who you become. In that sense, alcohol spreads like an infection. Just as you pick up your friends’ mannerisms and sayings, you pick up their habits and pastimes. The more time you spend with people who drink or binge-drink, the more likely you are to “catch” the common addiction.

Even ignoring the fact that alcohol consumption for minors is illegal, there are countless other problems with starting to drink at a young age. One in every 13 adults deals with alcohol abuse or alcoholism, but if you start drinking before the age of 15, you are four times more likely to be dependent on alcohol. Your likelihood of addiction multiplies again if all of your friends are heavy drinkers.

It’s not that you should never have a drop of alcohol in your entire life. Alcohol itself is not evil. However, there is a reason there are age restrictions on drinking. The adult brain is able to cope with drinking in moderation, can have a drink every now and again. Teens do not have this same capability and every negative effect alcohol has on adults is magnified for those who are underage.

In the United States, 1.7 million, one in every 50 teens, is on the street, according to the Department of Justice. Up to 70% of homeless teens abuse drugs and alcohol and are two to three times more likely to abuse alcohol than the average teen. This isn’t to suggest that one drink will make you homeless or to suggest that a single drink will destroy your life. This is to suggest that when alcohol is used to help escape mental illness, stress, or family problems, it pulls you in deeper, and makes your circumstances worse, not better.

It’s not easy to handle stress, especially in high school. The stress of tests and college and peer pressure and fitting in builds until it becomes a tsunami of pressure coming at you that you just want to escape. However, the negatives of drinking in high school outweigh the positive release of dopamine, which can be achieved in many other ways. If you drink every Friday night at a party, you may not be an alcoholic, but you are dependent on a substance to make you happy or to escape.

The negative effects of alcohol are unpreventable, but the positive effects can be replicated without alcohol. By eating foods rich in tyrosine, like avocados, cheese and chicken, exercising, and being around family and friends, you can increase your levels of dopamine, and replace alcohol in your life.

Be confident in your ability to be happy without the help of a drug and surround yourself with people that make you confident enough that you don’t need alcohol. It’s not that you can’t ever drink alcohol, but don’t be dependent on it. Don’t drink every week just to escape high school. Even if it doesn’t seem like it, you are strong and intelligent and creative enough to live a life without alcohol, and still be happy.