Should 16-year-olds be given the right to cast their ballots? 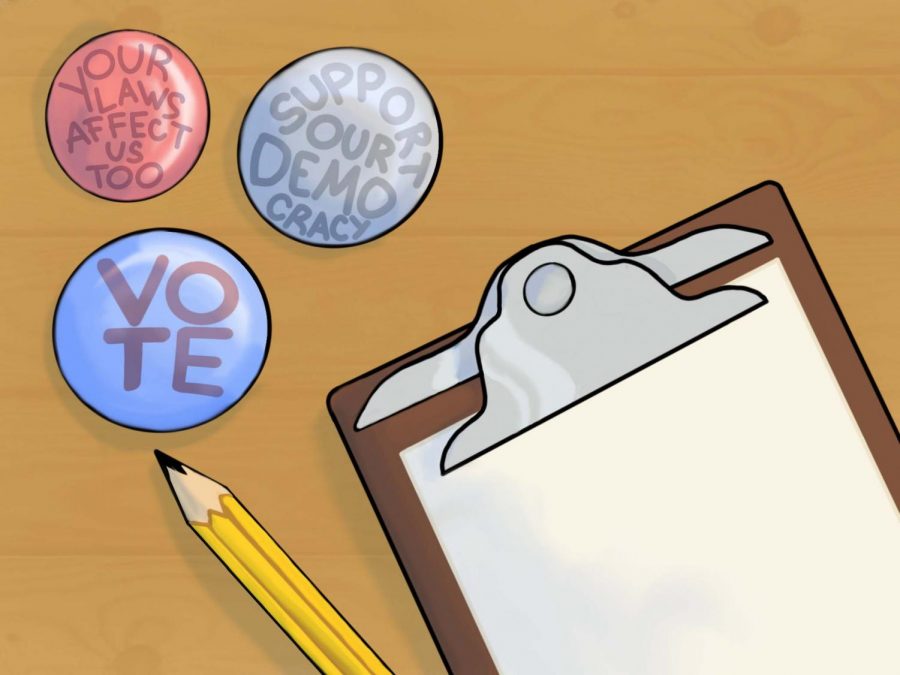 Taking matters into our own hands:

There has been talk about the voting age being lowered to 16 to accommodate a younger voice in the voting system and allow minors to have a say in who gets to be in charge of our government.
Many 16- and 17-year-olds today have a view on where they stand politically. That is why the voting age should be lowered.
For instance, it would keep people who are not fit enough to run the country from becoming President. I disagree with some of the political actions made by President Trump and people high up in the government. For instance, the government shutdown over a stupid wall.
Although the teenagers can’t do anything about the current situation, we would be able to help in the future to keep things from happening the same way as they have been.
However, there are some concerns. Like the concern about the influence parents have on their kids’ political decisions. Most 16-year-olds are already on their way to figuring out what works for them politically.
Although teenagers could be influenced by their parents politically, 16-year-olds are growing into their own political views. Some teenagers already know where they stand on political issues today. The current political atmosphere is screwing up the future for kids in my generation.
But by the time we turn 18, the next Presidential election will be past us. And another bad president could be elected, screwing up the future for their generation.
This is why the voting age should be lowered. Because there are some questionable people that the Democratic and Republican parties have chosen to be their candidates. I just don’t want another adult to screw my future up.

We don’t know everything:

March 1971, the height of the U.S. conflict in Vietnam. Congress overwhelmingly passes Amendment 26 to the United States Constitution, allowing anyone between 18-20 to vote in local and national elections.
The driving force behind this was the thousands of 18-year-olds who were being drafted into military service, yet didn’t have a say in their government back home.
In November of 2018, the Washington D.C. City Council introduced a bill to lower the voting age to 16. This bill was indefinitely delayed, meaning unless the votes change, the bill will die.
As teens, we think we know everything, or we at least like to think we know what’s happening that will affect us.
However, I would disagree. This year it was announced that the starting time for BVSD would be pushed back to 8:30. How many of us knew about this change before the outrage hit? Truthfully?
Now imagine if we can’t even be aware of something happening so close to us? How can we be responsible for something as serious as deciding laws, much less a presidential election?
Some may say that the human brain doesn’t fully mature until 25, so 18-year-olds are still technically immature. But those 18-year-olds in the 1970’s were beings drafted into Vietnam, we’re not.
There’s also balancing taxes, paying rent, and just living. 18-year-olds have to deal with real life while still living with our parents.
Also, 18-29 year olds in the 2016 presidential election didn’t have the best turnout ratios either. 43% voted compared to 77% of 45-59 year olds, according to Election Project. We won’t be much better. So what’s the point in going through the time and energy and money to make a law that won’t be of any use.
As teens most of us aren’t simply interested enough, or involved in our government enough, to make large impacting decisions for our country.