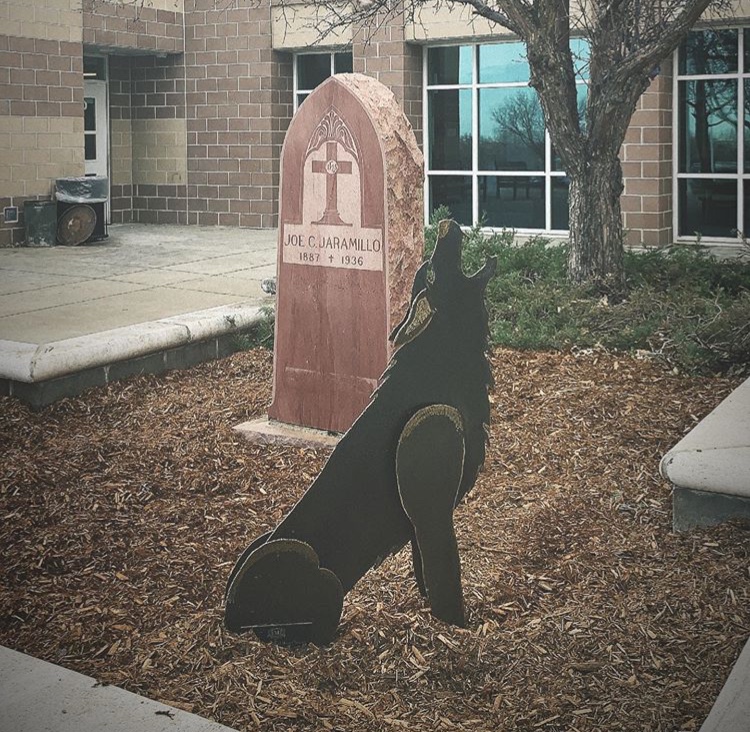 Walking up from the parking lot at 8:00 in the morning with an extremely heavy backpack is already dreadful enough. Being greeted by a gravestone right before I walk into Monarch was absolutely the last thing I needed.

Just when I thought Monarch couldn’t get any more unusual, a gravestone is put front and center at the school.

There is no doubt that Joe Jaramillo, the deceased miner, deserves to be remembered. However, we could have put a plaque on a bench rather than moving his entire gravestone to the courtyard outside of our Student Center.

To be completely honest, it’s incredibly morbid. Just think about it. Graves at schools.

The students and staff know there isn’t a body buried under the gravestone but the poor parents who come to watch their kids perform most definitely don’t. For all they know, the body of the miner is sitting right there in the flowerbed beneath the incredibly creepy gravestone.

Think about all the eighth graders and their parents considering which high school they want to go to. If I were them, the last high school I’d even think about would be the one with a huge gravestone in front of it.

Not only because it’s a grave at a school but because there is a massive cross right in the middle of it. I’m not against religion, but I am an atheist. Having a cross on display at my public high school isn’t exactly what I want. I’m fully aware that this isn’t Monarch pushing religion on the students here but, regardless, this shouldn’t be allowed.

The fact of the matter is, having a gravestone at a public high school is insanely weird and off-putting. The decision to relocate the miner’s grave to our school was an incredibly bad one.