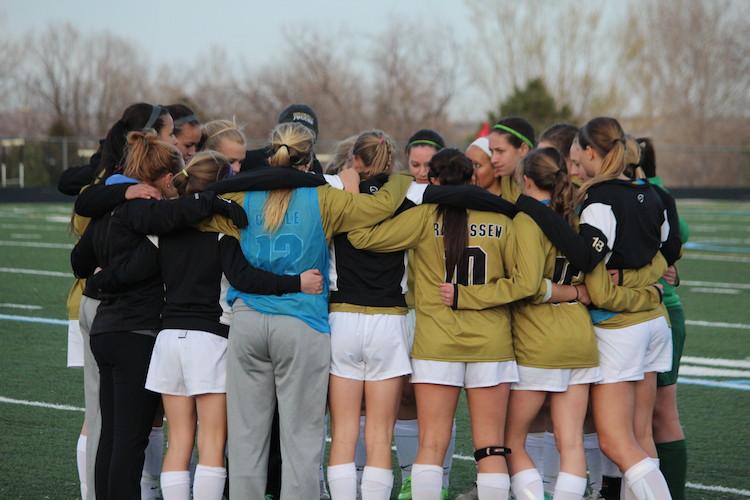 The girls soccer squad huddles up before taking the field for second half action against Fairview on April 4, 2014 at Monarch High School.

One moment. That’s what it comes down to often times in sports. That was the case Friday night at Monarch High School when Fairview senior striker Reci Smith sailed a free kick into the bottom right corner of the Coyote’s goal. The Monarch squad played a competitive game, especially defensively but were inundated with Fairview attacks towards the end of the game. The loss dropped the Coyotes to 2-1 in league play and 3-3 overall. The team will be back in action again on Tuesday, April 8th vs. Boulder at home.