Letter to the Editor

A case against bandwagon fans 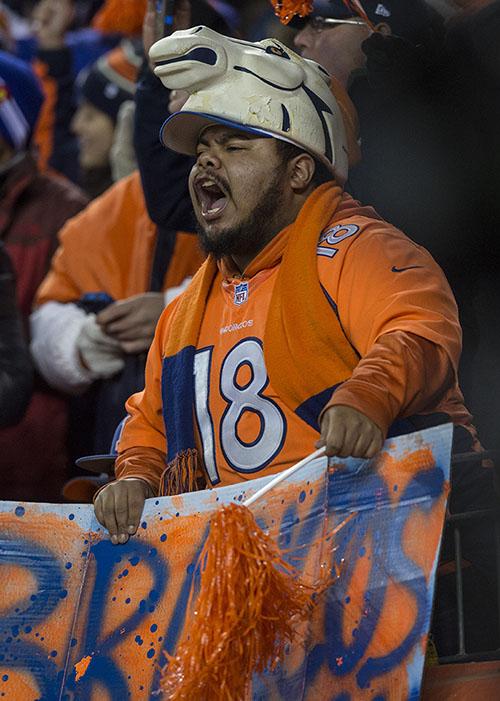 Broncos fans celebrate after Denver took a 20-13 lead against Pittsburgh during the fourth quarter on Sunday, Jan. 17, 2016, at Sports Authority Field at Mile High in Denver. (Christian Murdock/Colorado Springs Gazette/TNS)

I am writing you this letter to give a little piece of my mind about bandwagon fans and the illegitimacy of their species. THEY ARE EVERYWHERE!!! First of all, I think it is ridiculous that they try to play their support off like they’re an actual fan. For instance, I’m walking down the hall one lovely Wednesday afternoon in October of this past year and I happen to pass a gentleman wearing a New York Mets jersey. I thought that that was peculiar, but I sweat it off because I didn’t know the guy particularly well. Then came the next day, same time same place, and the same gentleman is walking down the hall wearing a Kansas City Royals jersey! For those that don’t know, the Mets and Royals were playing each other for the World Series and Kansas City had won it all on that Wednesday night. Anyways, there is just nothing I can do about it and it infuriates me, so I’m writing to you to let off a little bit of that steam.

The other thing that really irks me about bandwagon fans is that they try and rub it in once that team beats the one you like. A prime example of this would be earlier in the Denver Broncos season, when they were annihilated by the KC Chiefs. So I’m sitting down for another gourmet cafeteria lunch, when a bandwagon fan approaches me and begins taunting me about the L while sporting a Chiefs jersey. Funny thing is, earlier that week, I saw him wearing a jersey for the New England Patriots, clearly bandwagoning the team. Anyhoo, if y’all could be legitimate fans and suffer through tough times like the rest of us, that’d be great.

No one cares if you like a different team that wins every year.