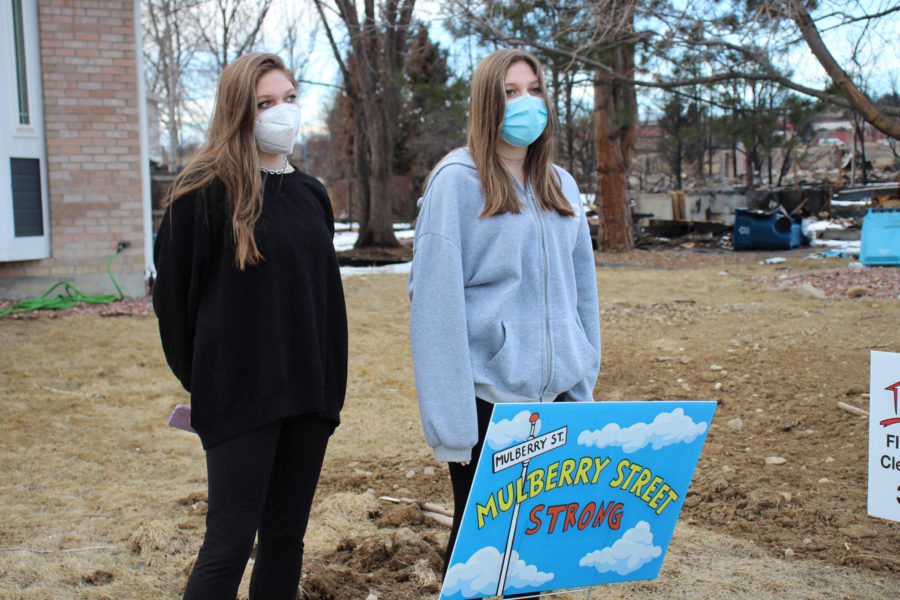 As we opened the door to the garage, the floor was already covered in ash, and the wind was blowing like crazy.
We loaded the pets in the car and I felt the sting of debris as the wind whipped my legs. We still have cuts and bruises, and we were wearing pants.
We were out of the house in seven minutes flat.
We got to the shelter and my friend Lily was there. I just hugged her and cried my eyes out. I remember sitting with my friends in front of the TV, watching in horror as the places we knew were engulfed by flames.
We held hands and just cried for an hour because we couldn’t look away.
After finding a place in Erie to stay, we drove back to our houses.
We have…I mean had one on Vista. That was my grandma’s house.
Going in, it was quite a sight. There were some houses still burning. Ash was scattered everywhere. The neighborhood we grew up in was still smoking. Then, our neighbors pulled up and we watched them cry over their leveled home as we stood in our house, the last one on the street.
We found out we had to throw away 95% of our things. If it couldn’t be washed or scrubbed it had to go. We have to get new everything now. Not just clothes. Beds. Stuffed animals. Pillows.
Then Sophia got exposed to COVID. I had to go back into my house full of ash to quarantine and wear a mask 24/7. I was the only one exposed, so our house was the only place I could really separate myself. It was horrible, though. I had to sleep on a blanket on the floor because my bed was wrecked from the smoke. I was there for five days, completely alone.
The survivor’s guilt keeps you up at night. Because you feel sad because you’re grieving. And guilty that you have a house. And then you feel bad for feeling bad in the first place.
To be honest, I didn’t let myself grieve for a full nine days until I was having dinner one night and just broke down at the table. I thought I didn’t deserve to grieve. I didn’t lose my house. There are so many other people who have lost more than me. We were actually told by some friends that feeling grief and having survivor’s guilt was stupid. Signals were being sent from everywhere that we couldn’t grieve.
But the truth is, we still lost everything.
We may have a house, but it’s a shell. We can’t keep anything we had before. And we haven’t been able to talk about it with anyone because everyone else is going through it, too.
To anyone who’s reading this, just know that it’s okay to grieve. It’s okay to be sad.
Don’t let people tell you how you should feel. Express yourself. Grieve the way you need to. Everyone’s feelings are valid.