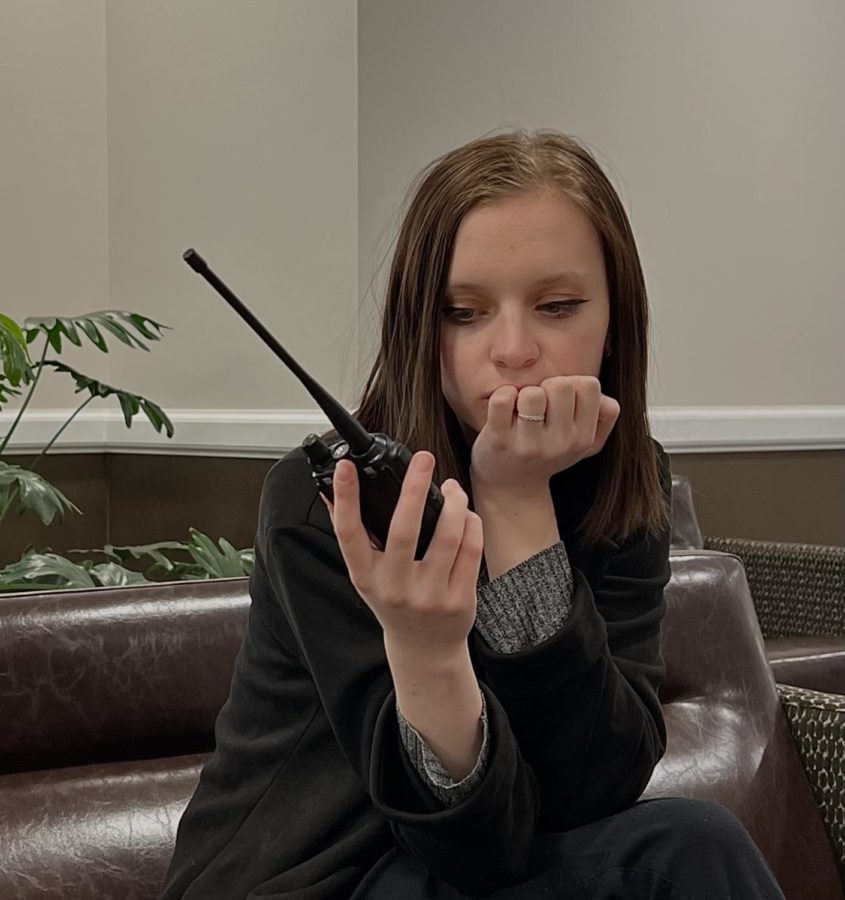 Rip in the fabric of her reality

My name is Luke Quincy, and my house burned down.
My parents are divorced, so I split my time between my mom’s house in Lafayette and my dad’s house, which was in Louisville, south of Harper Lake.
It’s weird having divorced parents and then losing one of those homes permanently.
When I tell people that, there’s a tendency to belittle the experience I’ve had. People seem to assume I’m not affected because I still have half of my stuff.
They’re not wrong, but my dad’s house was the house that I grew up in.
It was my home for as long as I can remember. The neighborhood I spent my childhood in is now gone.
That day, I was at my dad’s house. As I rolled up my blinds on my window, I could see the smoke in the air, but I wasn’t worried because there’s always fires in Colorado.
My dad has a license to operate a ham radio, which is a radio you can tune into police and fire scanners, so he was super proud of himself and excited to use it.
That thing probably saved our lives.
As we listened to the radio, it announced there was a fire by Target and Costco.
When they said it was by the Walgreens on McCaslin, we realized we needed to leave immediately.
There was no signifier other than the smoke in the air and the radio we were listening to. But we knew we needed to get out before everyone else had the same idea.
When we left, I still thought that I was going to be able to go home. I think that’s what makes me the most sad.
My dad’s girlfriend, her parents, and her son were all in town with nowhere to go, so all of us, plus my grandma, went to my mom’s house, which was really weird.
It was like a rip in the fabric of reality, like worlds were colliding.
We all crashed there for a bit, and when they showed the fire behind the sign for Harper Lake on the news, they said the neighborhoods on the south side of the lake were probably obliterated.
By morning, we still didn’t know if our house was okay because the fires were still burning all through the night.
Now, when I go to school, being able to function, even just to the level of showing up, takes a lot.
Every five seconds, I’ll remember something else that was in the house. The whole time I was going through my mom’s stuff, I thought, “if it’s not here, it’s gone.”
Going back to my house was so strange. I felt so detached from it because it’s just burnt. It’s just…crispy. It’s twisted beams of metal and ash, and it smells terrible.
I’m supposed to leave for college in a couple of months. When I come back, I’m not going to be able to come back to something that’s familiar. Now I’ve got to come back to an entirely new household where I don’t even know where the spoons are.
This is the one and only time I’ll ever say this in my life, but I’m lucky that my parents are divorced. And that I do have some of my stuff.