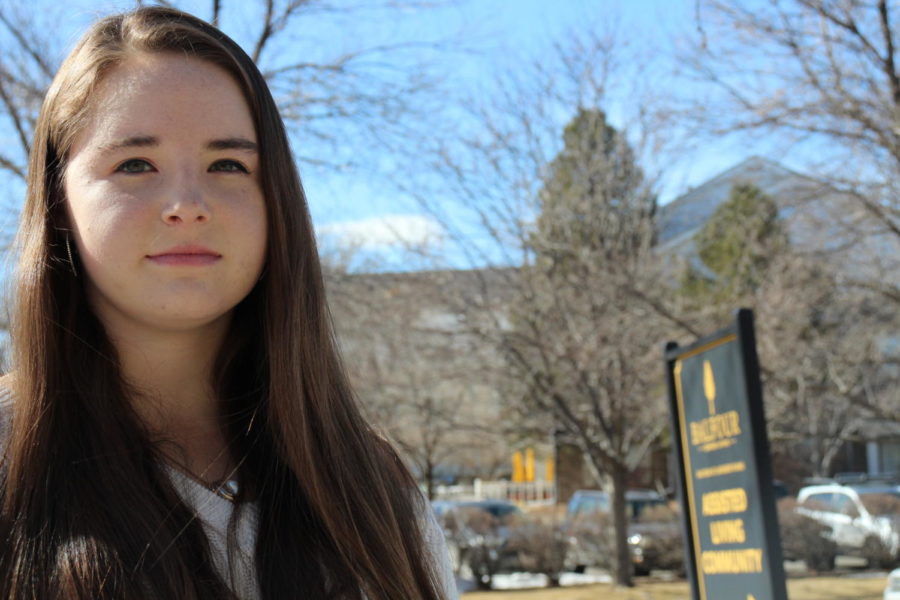 I’d been sitting in my bed all day when I got a phone call.
It was an old friend of mine who I hadn’t talked to in two years, and she sounded concerned. She asked me if I was okay. I had no idea what she was talking about.
I didn’t even know there was a fire going on.
In the background, I heard her dad come in and tell her to pack a bag because they were evacuating.
I hung up with her, and my dad came and said the same thing that her dad did, so I packed a bag and left for my shift at Balfour [Senior Living]. The drive that normally takes me 12 minutes took me about two and a half hours.
Eventually, I snuck through a neighborhood that wasn’t barricaded and managed to make it to the road in front of where I work.
There were police officers in front of the stoplight at the entrance telling people to turn around, but they didn’t have the right lane blocked, so I slipped past them into the parking lot.
All of the residents were accounted for, so we went across the street to the building with more residents. The facility seemed stressed and disorganized because of how sudden and scary the situation was.
The residents didn’t know what was going on. They were confused why they had to be out of their rooms in such a hustle, and a lot of them were scattered all over the place.
While we sat around waiting for further instructions, my boss said, “You know what, screw this. Go check every room. If you see a person, start doing what you need to get them out.”
There was a lady in a wheelchair who wasn’t able to pack things for herself, so I helped her gather her things into a suitcase and wheeled her out into the hallway.
There were rooms that had two residents split by a curtain, and it looked like the people in the first half of the rooms had been evacuated while the people in the back of the rooms hadn’t. It seemed like they evacuated the front part of the room first and would come back for the people who were left.If they weren’t checking the rooms thoroughly, they could have been leaving people. Through the chaos, we focused on getting the people in the back of the rooms out.
We ended up getting four or five people who had been left in their rooms ready to leave.
Later, my dad managed to meet me at Balfour and he drove some of the residents to the hotel in Longmont where we all stayed.
As the adrenaline wore off, the fire became more and more real.
My coworkers and I watched the news in one hotel room, and they thought our facility was gone due to how the map showed the fire. It wasn’t very accurate.
Thankfully, the residents were able to go back to the facility the next morning.